Denis lived in Cape Town, South Africa with her mother and father, and her younger brother. She work as a bank clerk and one of her hobbies was designing and making her own cloths.

One Sunday afternoon on 3rd December 1967, she and her family were invited to afternoon tea at a friends house. Denis had a new car and she like to drive to places, Denis and her younger brother Keith were in the front singing while they drove, Mr and Mrs Darvall were in the back. On the way to their friends house they decided to stop and buy a cake as a gift for their friends.

Denis pulled over on the left hand side of the road, her and her mother got out of the car and crossed over the road to a bakery leaving her dad and brother in the car waiting. When returning to the car with the cake they were both knocked down. Mrs Darvall was killed instantly, whereas Denis was thrown across the road and banged her head on a parked cars hub cap. This caused a serious injury to her head, an ambulance arrived and took her to Groote Schuur Hospital in Cape Town.

His daughter was rushed into a small emergency room, but sadly the brain specialist confirmed her injuries were too severe and that she wouldn’t survive.

Dr Bosman then went to tell Mr George Darvall the news, Mr Darvall had already been told that his wife had died that day due to the accident and now he was being told his daughter would not survive.

Mr Darvall was then asked about transplantation and whether the hospital could use her heart and kidney to save the lives of two other patients?

He knew his wives wishes should anything have happened to her, as she had told him she wanted to be cremated, but he had no idea what his daughter would have wanted. It only took him about 4 minutes to make his mind up, he remembered a birthday cake she had once made with a heart on it and the words DADDY WE LOVE YOU. He also remembered a bathrobe she had brought him with her first weeks wages, she was like that always giving things to other people, so he decided to say yes.

“Well Doctor if you can’t save my daughter please do save the other patients.”

Mr Darvall never regretted donating Denny’s heart, he said I could never have forgiven myself if I hadn’t, I would have been haunted by her voice asking me, “Why daddy didn’t you do it – why didn’t you want to help save that persons life?”

Lewis Washkansky was the recipient of Denis’s heart and a young boy received her kidney.

One of Denis’s designs for a dress

Hennie Joubert owner of the Groote Schuur Hospital Museum
was given the design and made the dress made. This and several other personal items of Denis’s are deplayed in the museum 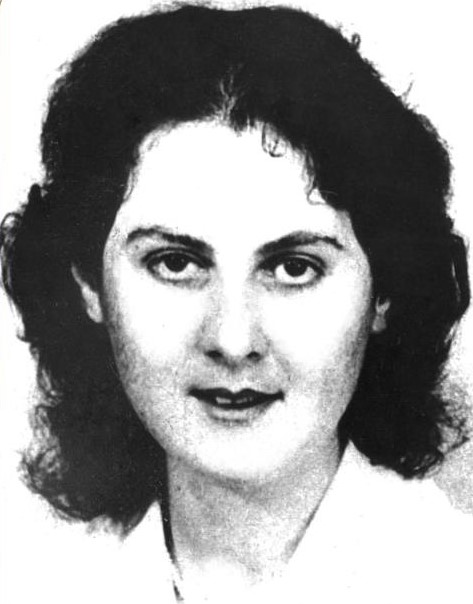