Here’s that quote from him that we used to produce our promotion postcard “For a dying person, a transplant is not a difficult decision. If a lion chases you to a river filled with crocodiles, you will leap into the water convinced you have a chance to swim to the other side. But you would never accept such odds if there were no lion.”

A Heart transplant occurs when the malfunctioning heart and muscles are replaced with a functioning heart-usually of a person who just died. It is very complex and time consuming and the availability is usually low. It is done only in emergencies.

This great feat was accomplished by the surgeon, Dr. Christiaan (Neethling) Barnard from South Africa who was the first person to perform a human heart transplant on December 3, 1967 in Cape Town, South Africa. It was done at Groote Schuur Hospital in Cape Town on Louis Washkansky, an ill South African grocer who would most certainly die without the transplant.

Accompany and take part in one of the most important medical performances in the course of history. Experience amazement to the wonders of the human heart as well as fear, hope, pressure and joy for the surgeons and the patient. This important breakthrough introduced to South Africa and to the world another significant way to prolong life.

Dr. Barnard is also credited with developing a new design for artificial heart valves, doing heart transplanting on animals, and correcting the problem of the blood supply to the fetus during pregnancy. With the dedicated and unrelentless efforts of Dr. Barnard and his team ,the survival rates of 50% of the patients to at least 5 years of living after heart surgery. This famous trip will be quite memorable and the medical procedure will leave you fascinated.

Beginnings:
Christiaan Neethling Barnard was born in the small, sleepy town of Beaufort West in the Western Cape, South Africa on November 8, 1922.

His father, Adam Barnard, was a church pastor and his mother Maria played the church organ. Chris was one of five boys. One of his brothers, Abraham, died at the age of five from a heart disease. This may have been the reason for Chris’s future walk in life. Many years later, Chris’s younger brother Marius would be appointed as his right-hand man in the Departement of Cardiac Surgery at the University of Cape Town.

He matriculated from the Beaufort West High School in 1940 and in 1946 completed his Bachelor of Medicine and Bachelor of Surgery (MB, ChB) at the University of Cape Town.

The family was by no means rich and the young Chris Barnard had to walk five miles to University each day. He was not an outstanding student, but worked hard.

His early career:
He served his internship at the Groote Schuur Hospital in Cape Town.

He married Aletta Louw in 1948 and they had two children, Andre and Deirdre. After his marriage he moved to the picturesque town of Ceres, in the Western Cape, where he served as a family physician until 1951.

He returned to Cape Town in 1951 and worked at the City Hospital as the Senior Resident Medical Officer and the Registrar, Department of Medicine at Groote Schuur Hospital. He continued to study in the evenings and received the degree, Master of Medicine (MMed) from the University of Cape Town in 1953. In the same year he got his MD (Doctor of Medicine) degree from the same university for a dissertation entitled “The treatment of tuberulous Meningitis”.

After receiving these degrees, he was given a promotion to that of Registrar (resident) in the Department of Surgery, under Professor J. Erasmus, at Groote Schuur Hospital, in Cape Town.

In 1956 he received a Charles Adams Memorial Scholarshop and a Dazian Foundation Bursary for a two year study in the United States of America.

Leaving his small family behind, Doctor Chris Barnard travelled to America where he spent, according the man himself, the most fascinating time in his life. He was trained in cardiothoracic surgery at the University of Minnesota, Minneapolis in Minnesota and received his Master of Science in Surgery in 1958, for a thesis entitled, “The aortic valve – problems in the fabrication and testing of a prosthetic valve”. In the same year he was awarded Doctor of Philosophy afor his dissertation entitled “The aetiology of congenital intestinal atresia”.

He returned to South Africa armed with a United States public health grant for further research into the field of cardiac surgery.

He return to South Africa was triumphant and the young doctor received promotions and accolades. He continued to work at Groote Schuur Hospital, this time as a specialist in cardiothoracic surgery, and was a full-time lecture and Director of Surgical Research at the University of Cape Town.

Three years after his return to South Africa, he was appointed Head of the Department of Cardiothoracic Surgery at the teaching hospitals at the University of Cape Town.

In 1962,he was promoted to Associate Professor in the Department of Surgery at the University of Cape Town.

A LIFE IS CHANGED FOREVER
In 1967 he led the surgical team that performed the first human-to-human heart transplant. (The patient, Louis Washansky died soon after.) Professor Chris Barnard became a household name throughout the world and the unknown surgeon became an international superstar overnight.

In 1969 he got divorced and in 1970 married Barbara Zoellner. They had two boys. Barbara was a beautiful woman and the media adored her – her face often adorned the front pages of fashion magazines.

His years were spent jet-setting around the world, meeting famous people – from princes and kings to American presidents, and even the Pope. He became known as the “filmstar surgeon”. His natural good looks helped this image along, as swarms of celebrities fought to be photographed alongside him.

People either loved him, or hated him. Those who hated him might have been suffering from a bit of jealousy, but the fact remains that although the good doctor could be most charming at times, at other times he acted like a spoilt prima donna who couldn’t get his own way. What is not widely known is that he treated hundreds of patients throughout the world, free of charge.

He was promoted to Professor of Surgical Science in the Department of Surgery at the University of Cape Town in 1972.

1982 saw his second marriage come to an end – Barbara, it seemed, had tired of the jetsetting lifestyle. After their divorce, Chris Barnard wrote to the largest national newspaper in South Africa, delcaring his love for her. However, Barbara had had enough and they were never reconciled.

In 1983, he retired as Head of the Department of Cardiothoracic Surgery. He spent two years as the Scientist-In-Residence at the Oklahoma Transplantation Insitue at the Baptist Medical Center in Oklahoma City in the USA.

Over the years he has received many awards over the years, one of which is the title Professor Emeritus (1984).

He remarried in 1988. This time to Karin Setzkorn, a beautiful model and a lady young enough to be his granddaughter. They had two children from this union, but were sadly divorced in the year 2000. The youthful Karin probably felt as though she would always be known as Chris Barnard’s wife and in his latter years, the jetsetting professor was not as eager to attend parties and was content to stay at home on his farm in Beaufort West. Karin needed to express herself, to become her own person.

Professor Barnard is planning to settle in Austria where he plans to spend the rest of his days in peace.

______
2nd September 2001, while on holiday in Paphos, Cuprus. Dr Christiaan Barnard collapsed by the hotel pool and died of a suspected heart attack.
He was 78. 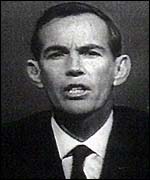 “For a dying person, a transplant is not a difficult decision. If a lion chases you to a river filled with crocodiles, you will leap into the water convinced you have a chance to swim to the other side. But you would never accept such odds if there were no lion.” 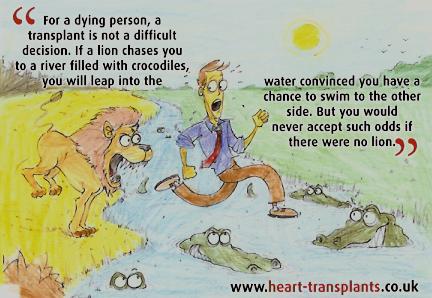 I had a friend drew this postcard for me and Charlie my daughter then aged nine coloured it for me.

I was on the phone chatting to the guy who drew the picture and saying I was looking forward to seeing it finished and coloured, I didn’t notice Charlie take a copy from my printer tray.

Later that day she gave me the coloured picture and said she had coloured it for me.
That of course made this postcard even more special.