He may not have quite managed 500 in one go, but 59 year-old Mick Foster has clocked up thousands of miles over the years, as a keen marathon runner and athlete.

In a normal, healthy person that might not sound too unusual. But Mick has survived a massive heart attack and had a heart transplant. He has not only gone on to win countless gold medals at the World Transplant Games, but to celebrate his 10 year transplant anniversary, he walked from John O’Groats to Land’s End. Mick’s story is truly one of determination, courage and triumph over adversity.

“I think the reason I survived my first major heart attack was because I was fit”, Mick explains. “I have always been a keen sportsman and love playing tennis especially. The heart attack left me with a severely damaged left ventricle and I was scheduled to have a triple bypass, but an angiogram revealed too much damage – the only solution was a new heart.

I had a transplant assessment at Harefield Hospital in March 1992 and after a few months was put on the official transplant list”. I remember feeling so poorly, breathless and tired and I was also on liquid foods, which wasn’t very pleasant. I could hardly walk – I couldn’t even open the fridge door. Being a builder by profession, it was very frustrating not being able to move around and work. Bizarrely, I had also become very sun-sensitive and suffered from sunburn even when I had been sitting for short periods outside in the shade

“It was on May 4th 1993, six months after being put on the transplant list, that I received the call that a heart had been found. Although I was of course relieved, I was far too ill to take it all in. All knew was that a 14 year-old boy had died and his heart was my only hope for survival. I was immediately airlifted by helicopter to Harefield Hospital with a good friend as my escort and I just remember feeling sore from the sunburn and really nervous about the anaesthetic. But after seven and-a-half hours in theatre, Sir Magdi Yacoub had successfully transplanted a new heart into my body.

“Coming round was weird and wonderful – one of the most amazing things was that I would be able to eat again – I have memories of savouring every mouthful of soup and really enjoying a cup of tea. I felt so grateful to the family who donated their son’s heart to me and at the same time so sad knowing how much pain they were going through.

“I experienced several complications after the big operation – my heart was racing so they had to give me an electric shock under anaesthetic to get it back into rhythm, and even though I was discharged after five weeks in hospital, I had to return there on the very same day as results from a biopsy indicated that my body was rejecting the new heart. Thankfully, the problem was sorted out and I went home relatively soon after. During the 12 months that followed, I still encountered racing heart problems and the doctors discovered that I had a nerve that was irritating the heart. In 1994, I underwent an operation to trace and burn the nerve causing the problem. Since then I have been fine and for nine years I haven’t needed another heart operation!

“Two years after my transplant, I was determined to participate in the official Transplant Games, so I started training. At the beginning, after the first 100 yards, my legs turned to jelly, but I persevered and gradually increased the distance and built up my strength. One day, I thought I would run five miles to a nearby village – a few weeks later, I was able to run there and back. I slowly increased from 15 miles to 18, to 20 and in 1996, I felt ready to tackle my first London Marathon. Since then, it has been a sporting whirlwind I have run in seven marathons, hundreds of half-marathons, have won gold, silver and bronze medals in cycling and have taken part in 200m, 400m, 800m races at both the European and World Transplant Games.

“But my greatest achievement to date is my 965 mile trek from John O’Groats to Lands End, which I began this year on May 4th – 10 years to the day since I had my transplant. The walk took me 28 days to complete, covering 36 miles a day from 6a.m – 8p.m, with just a rucksack on my back and coping with painful blisters and terrible weather conditions. It was one lonely road and one of the hardest yet most satisfying things I have ever done and hopefully, I have managed to raise about £7,000 for charity.

“I hope that my experiences can encourage others who have had obstacles hurled in their path, to find the strength to achieve their goals and prove that they are capable of going that extra mile!”

When Mike speaks about that extra mile he really means it. In 2002 I ran 17.5 miles at the Harefield Hospital Jog, the following year 2003 Mike entered the event and ran 21 miles, September 2004 is going to be interesting. 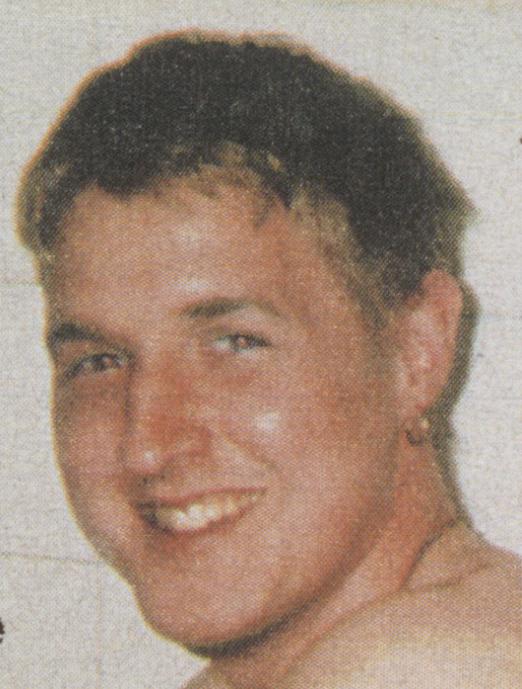 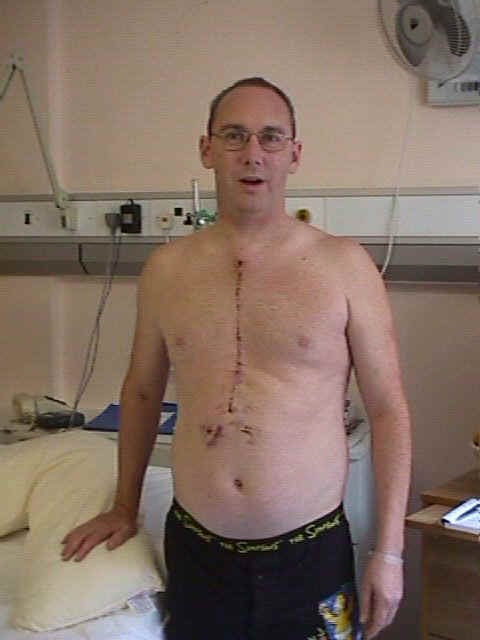